“Only those who will risk going too far can possibly find out how far they can go.”
― T. S. Eliot

“After climbing a great hill, one only finds that there are many more hills to climb.”
― Nelson Mandela

I have always held a fantasy to become a mountaineer some day. Likely, that notion contributed to my ambitions to become a geologist at a young age. Who doesn’t want to explore untouched terrain? Go places no one has ever been before? I know I do. and though there are many ways in which I could become a mountaineer, the Seven Summits has a particular allure to them. The Seven Summits are the highest mountain peaks on each of the seven continents. As always, there are a few variations of this list due to disagreement on the definition of the continents. My take has always been to opt for more, so I will present a ten mountain list below. I do not necessarily intend to summit all nine peaks, but why not aim for that goal anyway?

Historically, the Seven Summiters Club is achieved by climbing either the Reinhold Messner list (Everest, Aconcagua, Denali, Kilimanjaro, Elbrus, Puncak Jaya, Vinson) or the Richard Bass list (Everest, Aconcagua, Denali, Kilimanjaro, Elbrus, Kosciuszko, Vinson). The discrepancy between the two being whether Indonesia should be counted with Australia. The next discrepancy is whether Mount Elbrus should be considered as part of Europe (if determined by the Greater Caucasus watershed) or part of Asia (if determined by the geological border of the Kuma-Manych Depression), the latter resulting in the addition of Mont Blanc to the summits list. The final addition is Mauna Kea in Hawaii if determining the summits based on the largest tectonic plates. Since Mauna Kea is already on my US High Points list, I thought I would add it in again. Those mountains include: 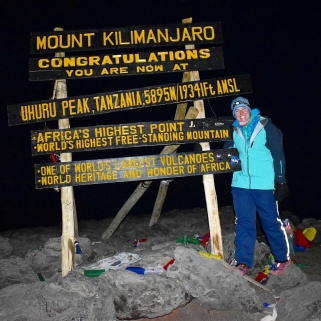 “In the end, you won’t remember
the time you spent working in the office or mowing your lawn.
Climb that goddamn mountain.”
― Jack Kerouac