Where has time gone? It is November 20th and we are wrapping up our rock hunt at this first study area. We have collected a lot of rocks, and I feel super prepared to jump into this research when we return to UCSB. The strange thing is that I have been absent for a month and feel like I have accomplished very little academically for one month’s worth of time. It feels crazy. I have so much to read and study and learn still. I thought two months of field work would result in a moderate amount of free time in the mornings and evenings to work on my ongoing research. Instead, I feel like I am moving at a snail’s pace on just a few pertinent topics.

Outside the struggle with insufficient productivity, we have had a great field season so far. We came in pursuit of lamprophyres. To break it down, these rocks are:

The thought is that these rocks may be sourced from enriched upper mantle material and are associated with the closure of subduction zones. These rocks are found in places along the entire Transantarctic Mountains, an unprecedented regional scale to find lamprophyres. They can tell us something about a specific tectonic setting that is not normally recorded at such a large scale. In summary, we have found a lot of lamprophyres. Success! 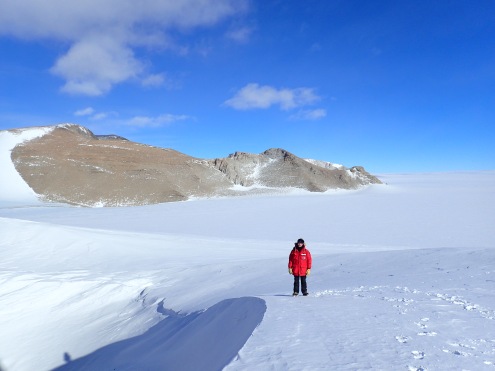 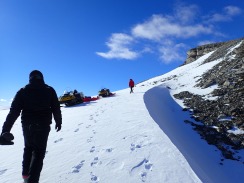 Heading out for some geology © http://www.elizabeth-erickson.com

Me on the edge of the Polar Plateau © http://www.elizabeth-erickson.com

Me on a granite dome © http://www.elizabeth-erickson.com