My tent feels like a 5×5 ft prison cell. I have spent so much time in it that I have begun to recognize very specific details. One of the mesh doors is ripped open, they always set the tent up so I won’t use that door. From that orientation, the left wall has the number “97” stamped on it in black but horizontally flipped. The right wall near the front door has the “Kessy Brothers Tours LTD” info stamped on it in red, backwards from my perspective. The tent was folded when stamped, so there are two straight-edged offset gaps breaking up the label. It also bled through to the adjacent door wall. The tent fly is gray, a nice contrast to the tent’s yellow. The front left fly wall has a printed white brand or promotion: Kilimanjaro Outfitters http://www.kilimajaro-outfitters.com. The ceiling is a point where four triangles meet, the front triangle made of mesh, the rest nylon. The floor is black, the door zippers are black, all the mesh is black, and all the little fabric door ties are black. I stare out the front mesh door onto the world, deliriously happy but ready to be rid of this cell.

Nime fika! I made it to the top!

We left camp at 12:30AM, the last group to depart. We steadily caught up and passed every group as we made our way up the crater wall. Urio pointed out the various “stops” as we climbed. Pretty much every time there is a flat spot with any semblance of shelter, there is a resting stop. We stopped very little. For the most part, the trail climbs at a 45-degree angle between vertical and a true switch back. I liked the trail for the most part. It started as shallow, fine scree; super easy going. The segment segment just before Jamaica Point was soft, deep scree and at a steeper angle. I did not like it as much on the way up as I did on the way down, we we basically skied down the scree super fast. Starting at Jamaica Point, the trail stipends and becomes rocky. It was also long, in that there were not good resting places until Gilman’s Point, the top of the wall. At Gilman’s Point there was a little congratulatory sign. Urio and I had already passed everyone on our route by then. It was nice except for the magnitude of trash abandoned around this flat platform. It was disgusting! The whole trail up, actually, from Kibo to Gilman’s was disgusting. A lot of human waste, just right off the trail, and even more toilet paper. I feel confident that every rock I sat on must have been peed on at least once in the past month. It was filthy. LNT people!

Anyway, we hurried past Gillman’s and quickly arrived at Stella Point. That segment was relatively flat, basically curving around the old crater wall rim that has blown out several times before going dormant. It was really lovely with snow all along it. We took one detour where last month a giant rock block collapsed and ruined the trail there. Though of course, we could see the footprints of people who still took that path, tracks pressed into former days’ melted snow. Stella Point is where the Rongai/Marangu Routes meet the Machame Route. Most people climb the Machame Route. We could see the lights of at least 100 people on their way up the Machame route. I couldn’t believe it!

We were still too early for sunrise but continued forward. Urio was very strict today about making me walk slowly and take lots of breaks. He wanted to arrive early to miss the masses, but also late enough that the sun was rising we I arrived. In a sheltered cove just before the summit, we took a long break to wait out the darkness. We had known since we reached Stella that I wouldn’t be the first to reach the summit, so there was no rush to get over to just wait out the sunrise at the exposed summit. When we finished walking over, there were still pretty few people. We didn’t stay long, but I try to capture heaps of photos, revel in the moment, and eat a victory snack. I can imagine the chaos in trying to get photographs once the masses arrive. People had total disregard for others. As we headed back down a large group arrived and a few just walked right up to the sign despite another group already in process of taking their victory shots. Humans are selfish creatures. At least the sunrise was spectacular! It lit up the sky with a myriad of colors on the lower-lying clouds. Beautiful!

The return trip was exceptionally fun and fast! We quickly traversed back along the crater to Gilman’s Point. I took all the photos on the way down that it was too dark to take on the way up. I spent a lot of time staring out at the glacier, a dwindling ice mass that helped shape Kili’s face. Once we reached the crater wall we literally just went straight down the scree. I felt like I was running through jello, sinking up to my knees in scree, except every step I took brought me 6 feet down the mountain. It was exhilarating! The best controlled fall I have ever accomplished, and I love racing downhill. What an incredible feeling! We began at 12:30AM, reached the summit at 6:06AM, and returned to camp at 8:15AM. I pulled out my stash of Snicker bars when we arrived back at camp and had a quick celebration with my crew.

After our celebration, I stripped off my clothes and passed out for two hours. I woke to Joshua bringing me water and lunch. I was deliriously happy. And I still had no appetite. I think maybe my stomach biota don’t like Diamox. My mouth has also developed a few very painful sores over the week. So in addition to not feeling hungry, my mouth also burns when I drink hot fluid. It is a good thing tomorrow is the last day. Once I ate, camp was packed at an inextricable rate and we were off to continue hiking down to Horombo Camp. The standard practice to quickly descend after reaching high altitude to prevent the development of any altitude illnesses. It was a nice gradual downhill the whole way. Urio told me that the guides and porters from other groups think I am really strong. Jeff and Patty’s guide called me a machine when he saw me come down about 8:15AM that morning. I suppose I appreciate their praise, but it feels somewhat back-handed and unearned in the same breath. These guides and porters are climbing Kili as often as work allows and no one comments on how strong they are. They don’t even use Diamox or any other preventative medications. Urio even told me that sometimes the porters have illnesses like altitude sickness or typhoid and they can get really sick coming up the mountain, but they need work and so climb anyway. Second, I did not climb this mountain. A crew of 6 men brought me up this mountain. Don’t get me wrong, I feel accomplished. This is the highest altitude I have ever reached, no struggles, no altitude problems. But it is not a singular accomplishment, in many ways. Urio has summited Uhuru over 100 times, now that is an accomplishment.

Anyway, we made our way to Horombo Camp. It was a shock to my senses. It is on the Marangu trail, so has huts, but there are so many buildings! And a large number of people behind on their own paths down. Two new massive dorms are currently being built. It was total madness.

I was till pretty tired and overwhelmed by the volume of bodies and noise, so I spent the afternoon repacking all my possessions and preparing for the final trek out tomorrow. I wanted to make rounds of the campsite, but was intimidated by the sheer volume of people. I did catch up with Graham, the British camp set up directly next to mine. I had seen him briefly on my way down Uhuru while Urio and I made a breakneck pace down the scree. 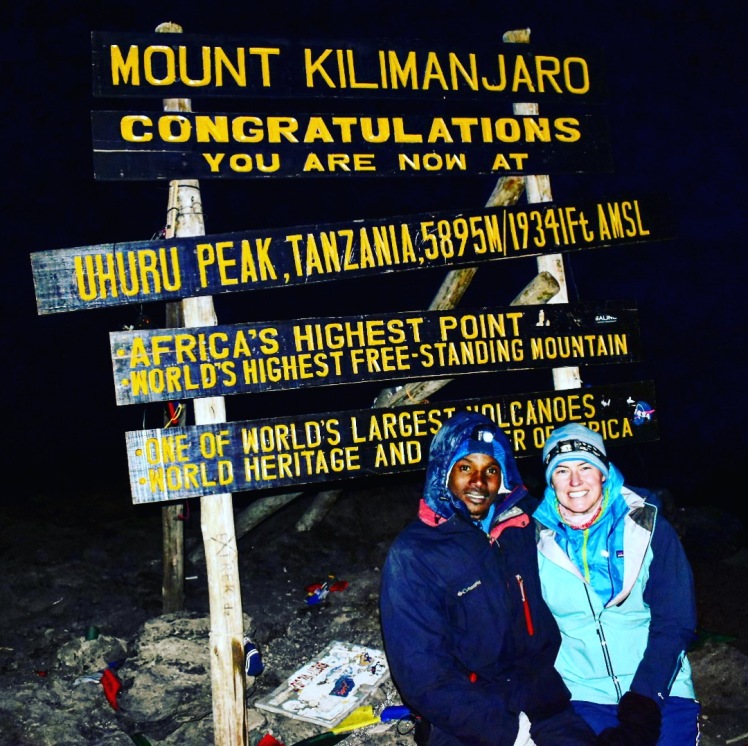 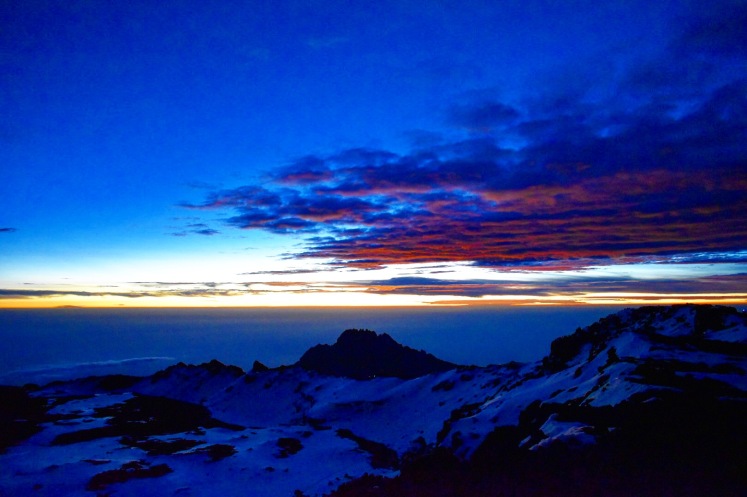 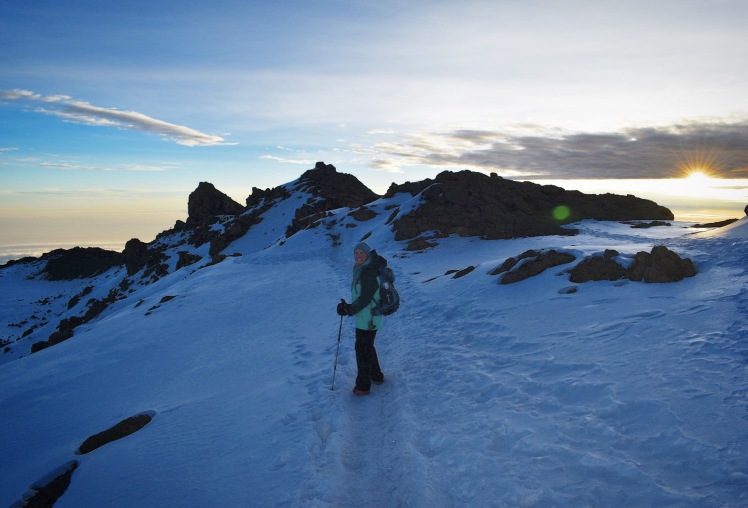 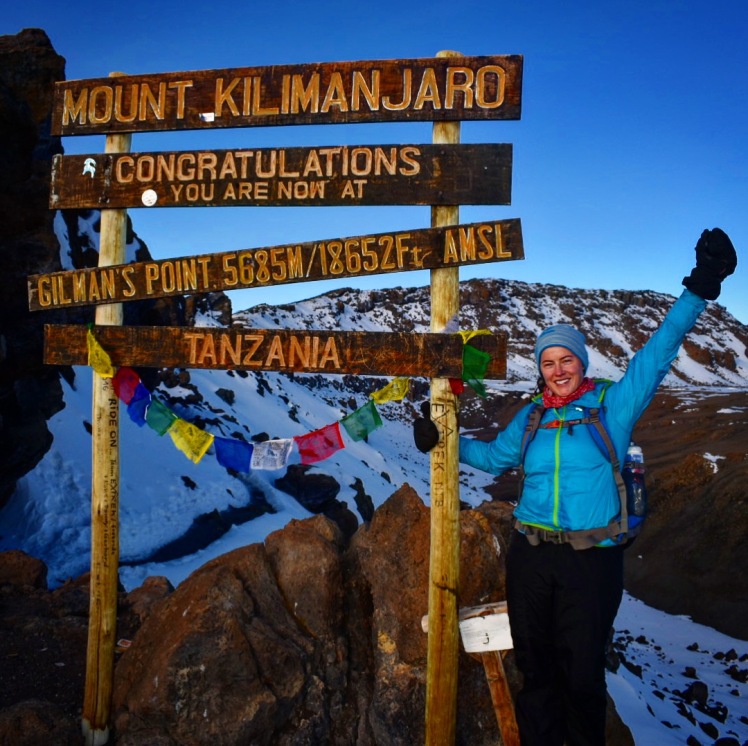 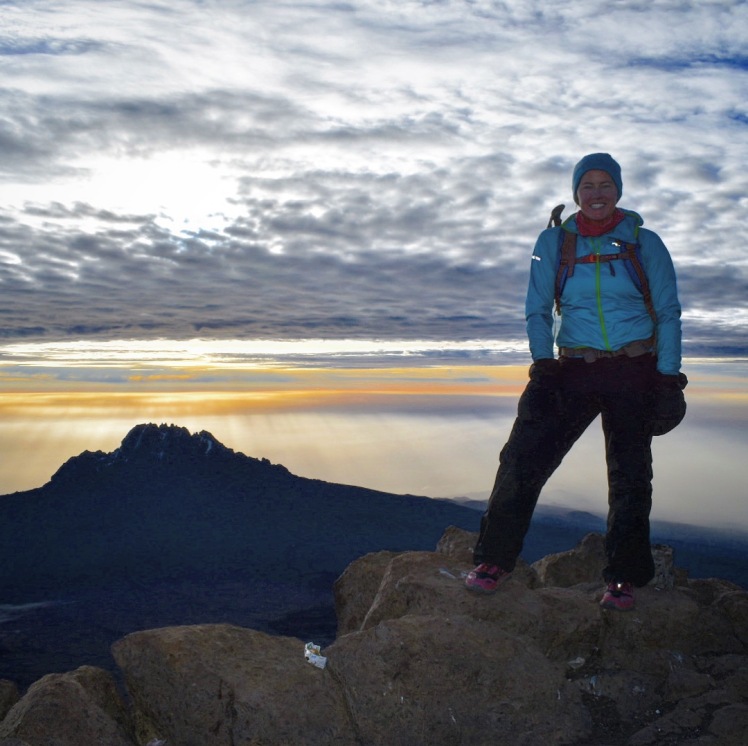 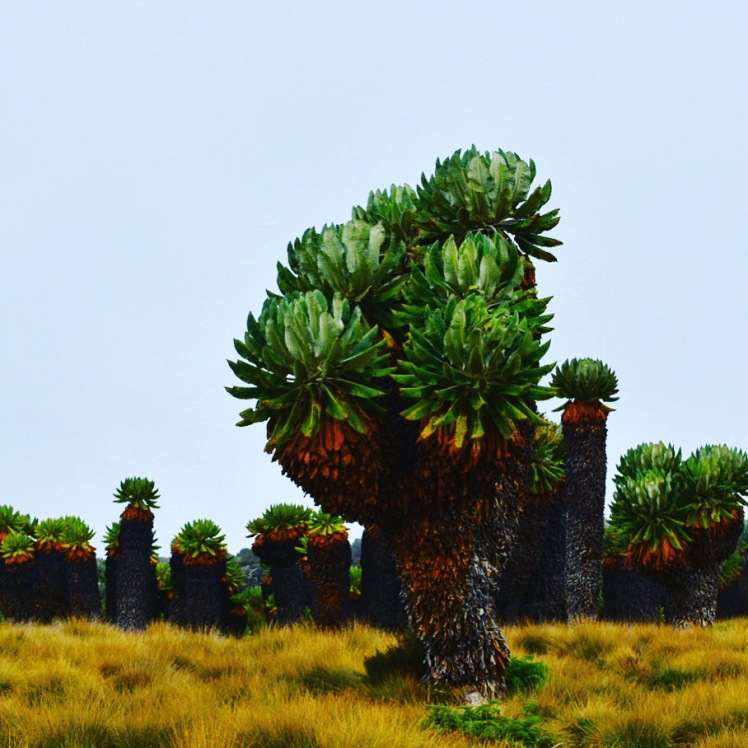